The forgotten passage of Egyptians, Vandals, Visigoths and Byzantines 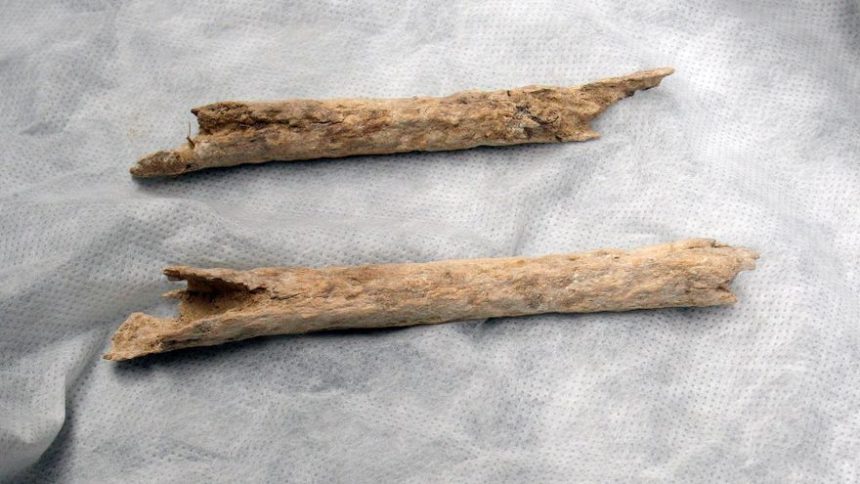 The forgotten passage of Egyptians, Vandals, Visigoths and Byzantines through the southeast of the peninsula between the 5th and 9th centuries is the object of study in an international project funded by the European Commission that aims to reconstruct the history of the settlement in the Old Continent from DNA remains.

The Alicante Provincial Archaeological Museum (MARQ) has been chosen to participate in this research led by the powerful Max Planck Institute for the History of Human Populations of Jena (Germany), funded by Brussels with more than 10 million euros.

MARQ has sent skeletal remains of a type of bone located behind the ear, the ‘pars petrossa’, and of molar teeth found in sites such as the late Romans (s IV-V) of the Baths of the Queen of Calpe and l’Albir de l’Alfàs del Pi to contribute to the genetic study of ancient European populations.

The participation of the Alicante museum will shed light from the scientific point of view on the arrival of invaders or colonizers to the southeast of the peninsula from the end of the Roman Empire until the Islamic invasion, a period to some extent obscure due to the scarce historical documentation.

Max Planck Institute will compare the genetic profiles with those from other archaeological teams from northern and central Europe, as well as from other parts of the Mediterranean.In this way, it will be possible to know details about population movements and confirm or refute more or less widespread hypotheses about the development of civilization in this corner next to the Mare Nostrum.

For example, it will be possible to verify if most of the Islamic population that settled in the so-called Cora de Tudmir (which coincides with the Segura basin: Alicante and Murcia and part of Almería and Albacete) did not come from present-day Morocco or Algeria, as it would seem more feasible, but from a military contingent originating from Egypt in the eighth century, which reached the peninsula through the Strait of Gibraltar.

“This study will break down many prejudices or clichés that existed until now, such as the overvalued importance that has often been given to the Visigoth population, and could increase the role of the Byzantines (of present-day Turkey between the 6th and 7th centuries) in this area, of which we know hardly anything and are often confused with the Visigoths “